Despite such things as the World Cup, Wimbledon, the British Grand Prix and airshows being on, a few of our volunteers were at the pan today with the Vulcan.  Only a few small jobs were carried out as our volunteers were kept busy with lots of casual visitors who we were happy to show around… 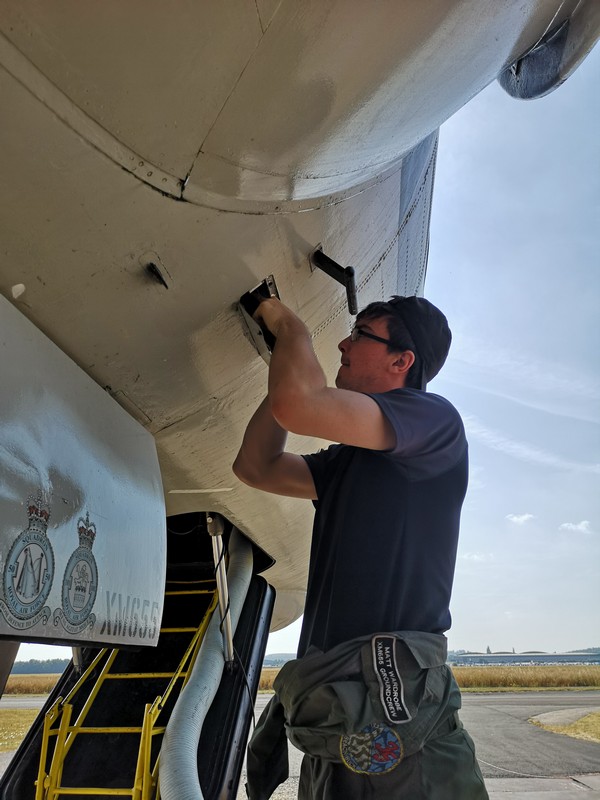 unfortunately, having not been used in many years, this didn’t have the desired effect so we resorted to using the trolleyacc.  All lighting was working as hoped.

Further work was done on the aircraft’s starboard side read for her new paint.

The troublesome raiser was also looked at and the fuse check following last weekends cycles was also started.

We also had an “away team” at Woodford who were selling merchandise and spreading the word.