A busy day on Saturday with the first job being to replace and re-wire lock the end plate panel on the normal airbrake motor in the airframe following satisfactory testing last week – this proved to be no easy task when working backwards! The GT85 was started with a manual PSI gauge following problems with the electrical one last week. Both now read the same level, however there appears to be a problem with the dynamo which will need further work. The magneto was changed on the Hydraulic rig and was started multiple times with few problems – this should aid starting in future.

The number 2 PFCU cover was removed to look at options for the replacement of Dzus fasteners and repairs to the small cracks in the cover. A replacement reinforcement plate will need to be manufactured for this. The majority of the wing tanks also got water drain checks. This involved opening up the pump plate panels to take samples from the drain points to check for water contamination – thankfully there wasn’t any. Some of these panels have not been opened in a long time!

We were very privileged to have a flypast from the Battle of Britain Memorial Flight Lancaster who passed over the top of her Avro sister.

A group visit in the morning managed to dodge the worst showers of the day.

Pictures this week are from Matt.

Another day of airbrake work and a couple of group visits to keep us busy on Saturday…
The Gtc85 received some attention and a sticky psi indicator was the main job…
After the fault finding last week, the fix on the busbar seems to have sorted the airbrakes… Maybe some other issues too… Time will tell….
Pics this week are courtesy of Steve and Helen

First thing in the morning, one of the risers had a mini service where it was greased ready for use during the day. Further work on the normnal airbrake issue saw us testing terminal blocks, connections and contactors…. First off the terminals on the contactor were disconnected and cleaned but as this didn’t resolve the issue we then checked the input side to the contactor in the bomb bay which pointed to a suspect red phase. The cables from the fuse panel to the contactor were then tested and all readings were fine which suggested that the issue was before this. The issue was then traced to the incoming red phase on panel 60P and deeper inspection revealed quite heavy corrosion on the connector from the S and A breakers. Three fuses on this feed had also blown which we suspect was a cascade failure as a result of the corrosion.

Pictures this week are courtesy of Helen, Isi, James, Len and Matt

Saturday saw us continuing work fault finding on the normal airbrake motor and its refusal to work in the aircraft despite being tested successfully externally.

Once the tested motor was reinstalled, Terminals, cables and components were checked and tested which points to the fault being within the electrical circuit rather than the motor itself possibly between the power bay and the connection to the contactor. Some of the electrical testing in the bomb bay had to be done whilst precariously perched with the terminals “hidden” behind ducting, making for a rather interesting (and uncomfortable) job!

Another job for the day was replacing the number 2 Alt breaker on the 59P distribution panel in the power bay.

Outside of the aircraft, good progress was made with the continuing preparation and painting of the starboard side and leading edge.

During the day we also had a steady stream of casual visitors to enjoy our aircraft.

Pictures this week are courtesy of Helen, Isi and James

Saturday was a busy day of fault finding with a couple of jobs being undertaken throughout the day, most notably, changing the number 2 Voltage Regulator in the power bay and work on the normal airbrake motor. After successful testing of some units in stock, the voltage regulator was removed to be replaced by a spare. Whilst in the process of removal, it was noticed that some of the cable terminations were far from being in an ideal condition so the decision was made to re-terminate them before replacing the unit.

Work continued on finding (and all being well fixing!) the issue with the normal airbrake motor. After re-assembly of a unit, it was then tested outside of the aircraft and found to be functioning correctly. However, when the motor was installed in the aircraft, it refused to play – this will be looked at again this weekend.

We were lucky enough to have another iconic aircraft based at Wellesbourne for the weekend, a Catalina which graced us with a couple of flypasts.

There are also a couple of new additions to our merchandise with the arrival of a new patch and pin badge sporting a new design. We hope these will be popular as they celebrate two milestones in XM655’s life – 55 years young and 35 years of being at Wellesbourne together with the 6 squadrons that she served with. These are available both in our shop and online.

Pictures this week are courtesy of Len, Matt, Ellie and James

A fairly busy Saturday saw us fault finding and testing..
Fuse checks were carried out and also a voltage regulator that had been removed from the aircraft was given the once over to look for any problems. Some unexpected readings compared to others in stock seems to point to a failure.
One of the airbrake motors was stripped and then tested (outside of the aircraft) but didn’t want to play. Further testing on another unit however was successful.
We were also able to give the Coleman a run and check and top up hydraulic levels.
A large group visit by the Classic Corvette Club also took place with the visitors being shown around the aircraft, talks on various parts of Vulcan history and about our own 655. They were also treated to a systems demo before the visit concluded with the vehicles being parked with XM655 for photos.
Pictures are courtesy of James, Matt and Steve

Well, Saturday was a busy day with the XM655 MaPS AGM in the morning which saw Mike Confirmed as Chairman and Eric as Treasurer.
Following on from the AGM a lot of work was undertaken at the pan including topping up hydraulic fluid levels and tyre pressures, work on the Hooch to try and alleviate a knocking sound (the fan was catching on the guard), the visiting Cadets working on the aircraft jacks and the starting of the Garrett which, despite not being started in years….. Fired and ran faultlessly… Massive credit to the team who have been working on that!
Refurbishment work was also started on some intake blanks with the hope of replacing our ageing ones with some more “fitting”…
Being the first weekend of the month, all ground equipment was also run.
We also had a lovely flypast from a Mustang, video to follow
Pictures are courtesy of Helen, Isi and James

Another very busy (and slightly cold!) Saturday at the pan with lots of jobs and visitors to keep us busy.
Work was undertaken to resolve the fuel sequencing issues we had been experiencing before getting a fuel delivery in the afternoon (some of which also went to the Garrett).
We were also kept busy with tyre pressure checks and condition checks, the walking joint on the starboard main bogey, hydraulic checks and a fuse and circuit breaker check.
This was around the group visit by the Smart owners club who brought along a selection of cars to be photographed with XM655.
These pictures are courtesy of Matt, Steve and James

A very busy Saturday with most of the time spent fault finding, rectifying and showing visitors around.
One of the main jobs was seeing to the hydraulic leak from the brakes on the starboard main undercarriage. This involved removal of both aft port main wheels… Which gave some interesting pics!
Work also continued on the starboard fuel leak ahead of a scheduled fuel delivery.. Unfortunately, gremlins (some old paint in a contact) meant we were not in a position to accept it.
The Gtc85 was pulled out of the shed ready to be started but electrical issues meant this didn’t happen.
Pictures this week are from Matt, Len, Anne, Shaun and James

A busy and productive day on Saturday with the control panel being fitted to the GTC85 and tested. This showed up a wiring fault which was remedied and all gauges were tested satisfactorily. The engine was cranked and we hope to start it soon. 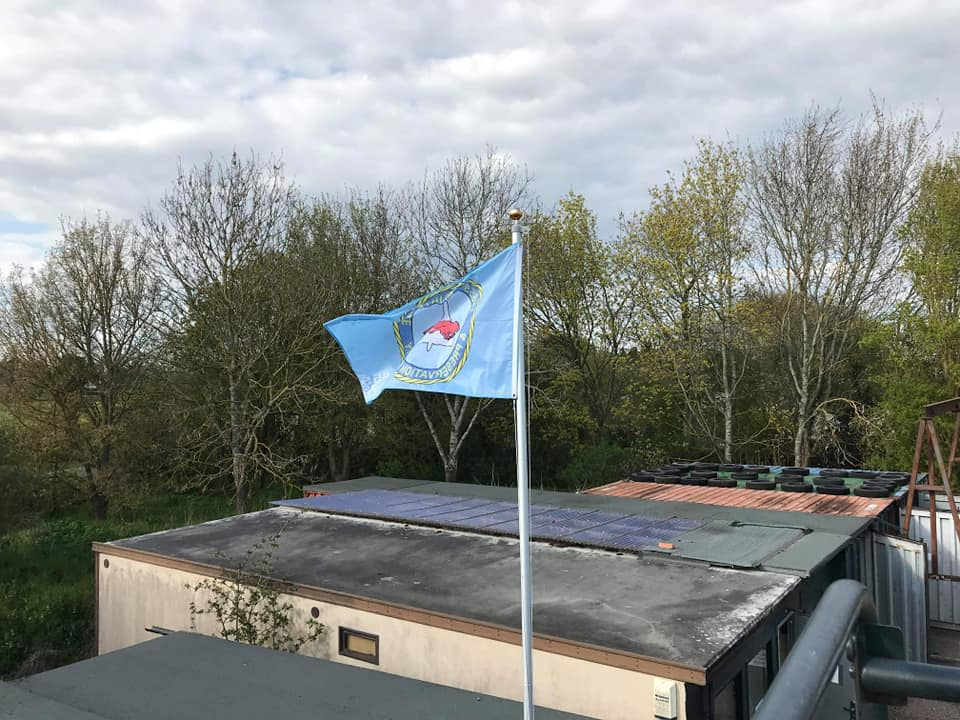